Alert and graceful, the Alpines are a domestic breed of medium- to large-sized dairy goats known for their outstanding milk output, mild temperament, and long lactation period. They are quite hardy and can adapt to any climate, maintaining superior production and good health. The French Alpines are larger and slenderer than the Swiss Alpine goats.

Different sub-types of Alpines exist today, out of which the following are the most popular.

The ancestors of today’s Alpine goats evolved from some of the earliest Pashang goats that moved to the Alps thousands of years ago. Over the years, these goats naturally developed a perfect sense of direction and balance, as well as the ability to survive in dry and rocky terrain.

Because of their docile nature and a good sense of balance, the Alpines were chosen for ocean voyages. By the early 18th century, these goats were transported across the globe to supply milk and meat to sailors.

Although the Alpines made it to America earlier, they became a highly sought-after breed during the early 1900s. Breeders and farmers in the US started crossing the Alpines with other breeds, leading to the development of the American Alpines.

Although the Alpine is primarily used for milk production, it is frequently crossed with popular meat goat breeds like Boer to develop animals with excellent yield of meat.

Alpines are rated as one of the top milk-producing breeds alongside Toggenburg, Nubian, and Saanen goats. An average-sized Alpine goat can produce about 2,134 lbs of milk per lactation. Alpine milk has comparatively low protein content, with every 250 ml of milk containing 2.3 g of protein. Its milk is considered a healthier choice because it has an average fat content of 3.4%.

Alpine goats become sexually matured quite early, with the bucks attaining maturity at 4-5 months after birth, and the does maturing at 5-6 months after birth. The does, however, are not bred until they weigh 75-80 lbs. They carry their young for around 145-155 days, after which they may give birth to 1-5 babies, with the average litter size being two. 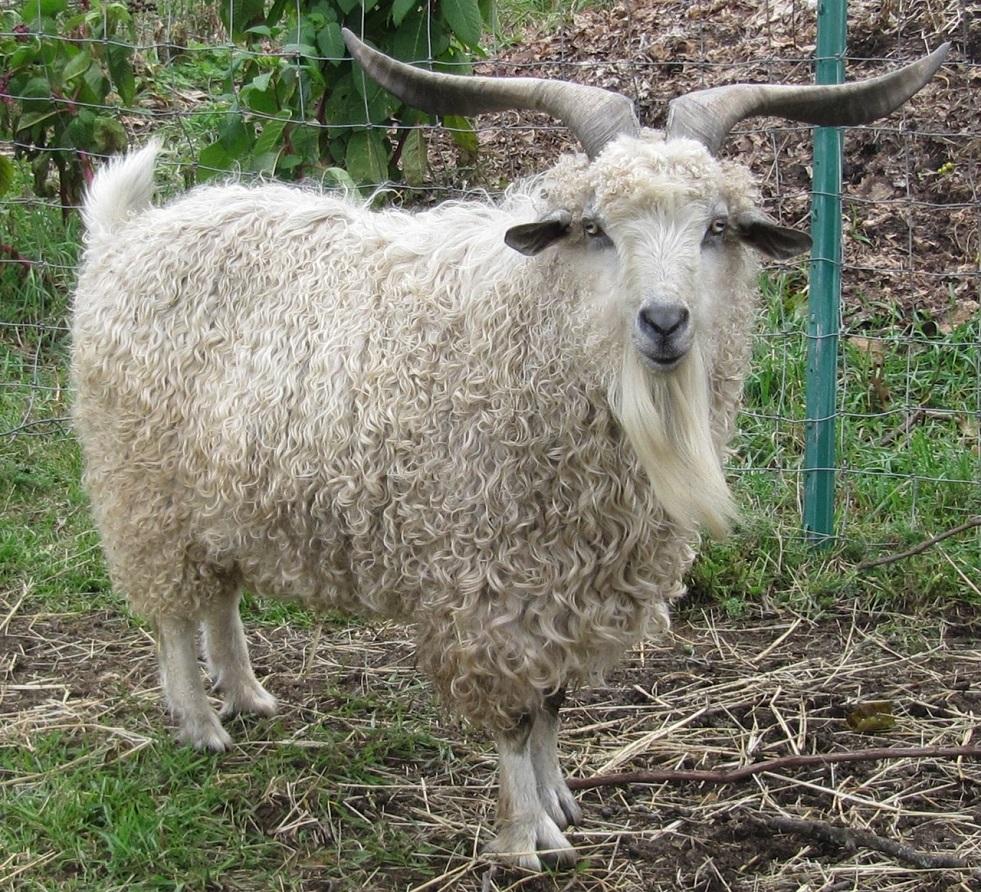 Pygora goat, a domestic breed originated in the Oregon City of Oregon in the United States, Its name is a portmanteau of Pygmy and Angora, the two breeds inv 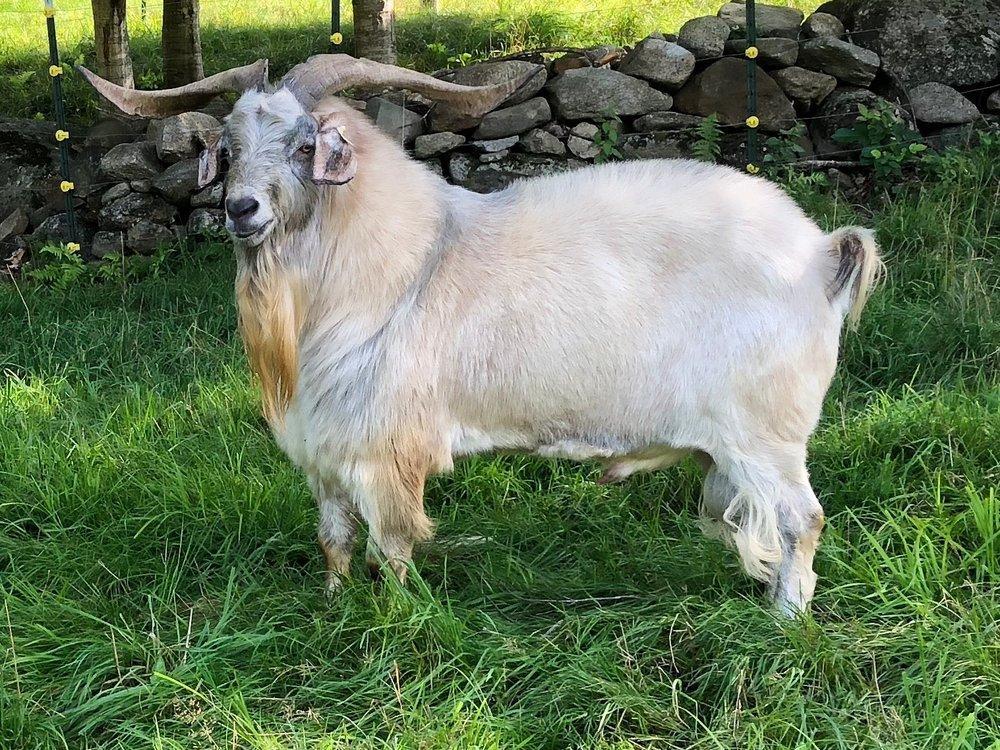 Spanish Goat Spanish Goat, as its name suggest, is indigenous to Spain, later introduced to the Americas, mainly the United States and parts of Mexico, by t 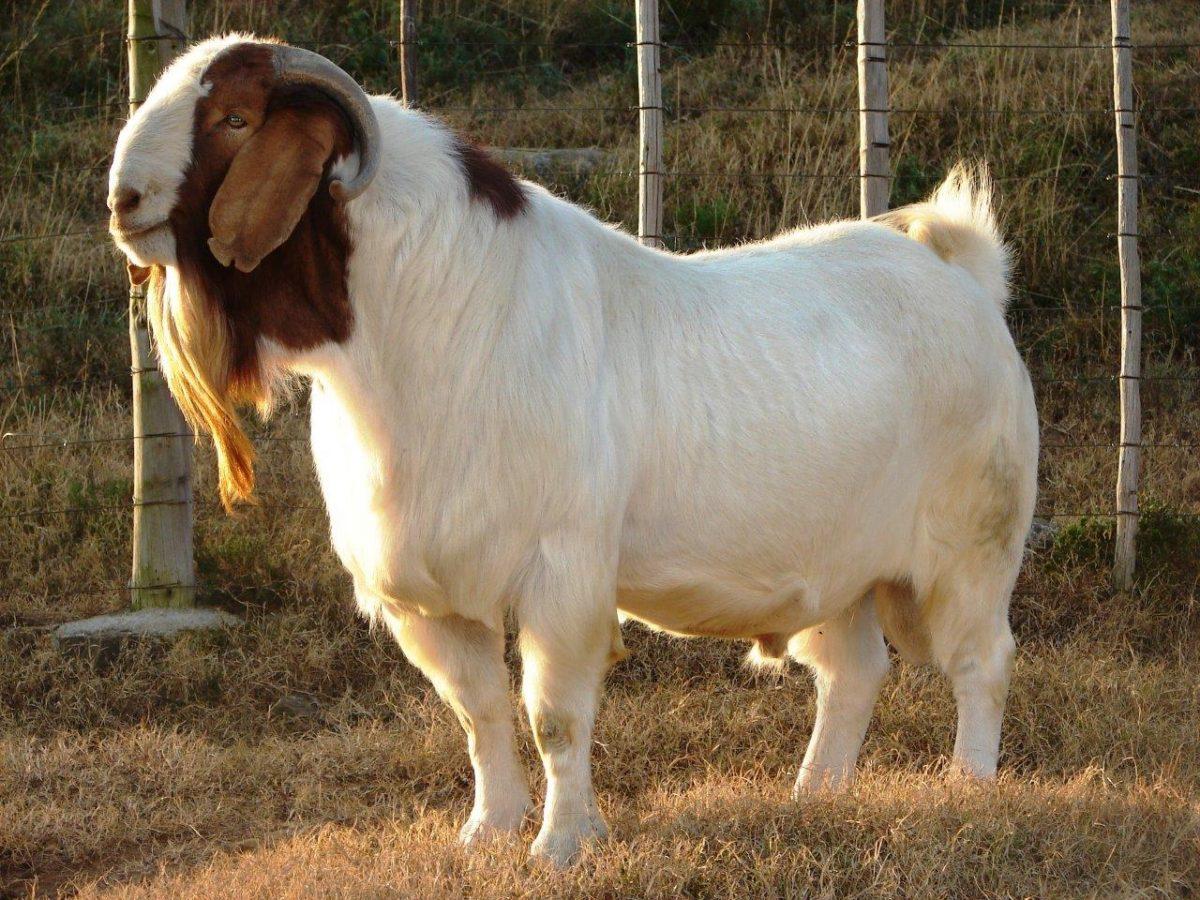 Boer Goat The Boer, a goat breed developed in South Africa, is perhaps the most popular breed used for meat production. Its name comes from an Afrikaans wor