Duck refers to the numerous waterfowl species belonging to the Anatidae family, raised primarily for their meat and eggs.  Besides their edible uses, they have other utilities too. Their soft feathers are used for making pillows.  Some like the Indian runner and Swedish Blue excel as great show ducks, while others like the Pekin duck and Muscovy duck make for great pets.

Ducklings come in several colors like black, brown, or yellow. Some of the common breeds seen include the Pekin, Call, and Aylesbury ducks.

There are several breeds of duck found worldwide, categorized as light, medium, heavy, or bantam species. 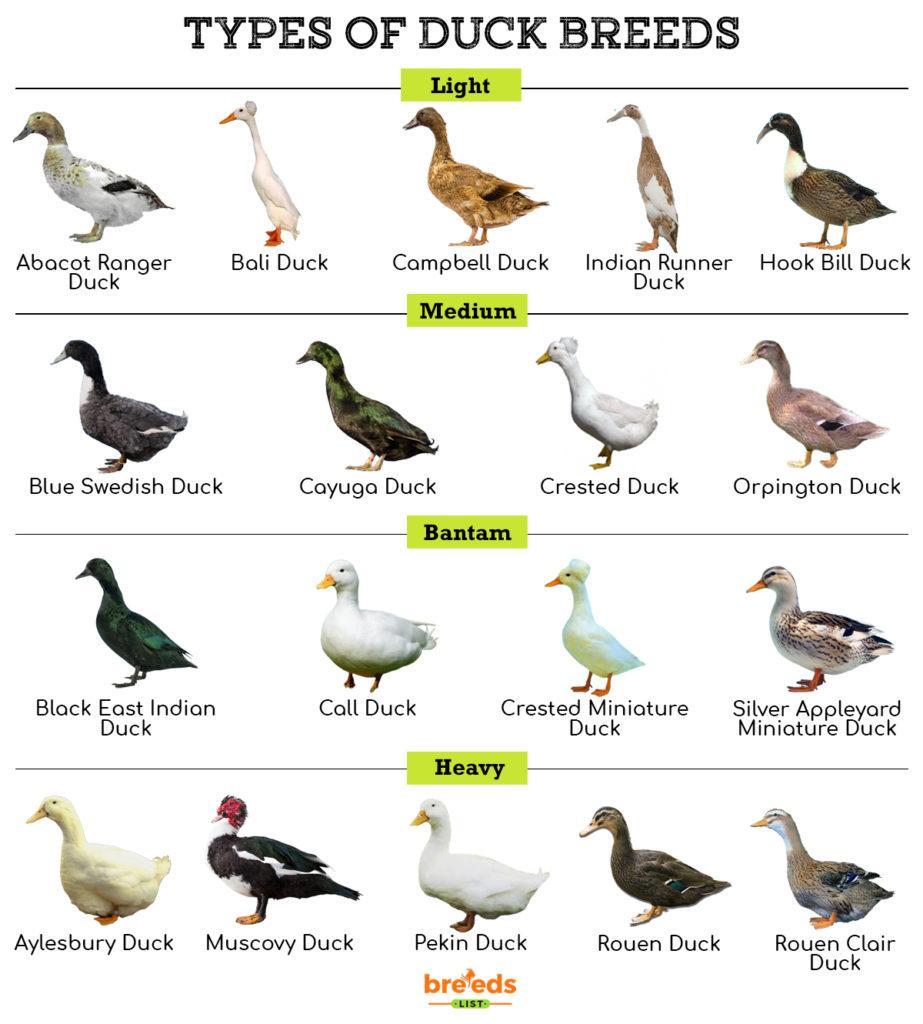 They were most likely domesticated in Southeast Asia by rice paddy farmers, probably captured in nets and bred in captivity for their meat and eggs. However, the exact period since when their domestication began remains unknown due to the lack of any records. The first written records come from central China by around 500 BC. While ducks were farmed both in Ancient Egypt and the Roman Empire, they are not believed to be domesticated by them.

Almost all varieties of domestic duck, except for the Muscovy, can be traced back to wild mallards. As a result of domestication, there are some differences between wild and domestic ducks. This includes being more promiscuous, less territorial, and aggressive.

Duck is less preferred than chickens in the west, as chickens tend to be cheaper to raise. Despite this, over 3 billion ducks are slaughtered every year for their meat.

Bali Duck Pictures Bali duck is an ancient type of domestic duck found in Bali, Indonesia. Although its egg laying capability is high, it is basically raise

Saxony Duck The Saxony Duck is a breed of domesticated, very rare, crossbred ducks that was developed in Germany. The Saxony is not a very old breed, and is